2 Killed in Shoot-Out in Moscow, Including 1 Ukrainian; 8 Injured
Russian authorities have begun to establish the identities of some of the people killed in a shoot-out yesterday in downtown Moscow in which 2 people were killed and at least 9 injured, Vzglyad and Moskovsky Komsomolets reported.
One of the victims of the firefight killed at the Element Cafe and Bar on Rochdelskaya Street was Aleksei Kitayev, a native of Ukraine and resident of Podolsk, age 31. A picture of Kitayev was posted showing him posing with the famous statue of Yevgeny Leonov, one of Russia’s most popular actors.

There was no indication that he was involved in armed conflict in southeastern Ukraine.

Three other men whose identies were found were hospitalized with gunshot wounds: Mikhail Ivanov, 46, Sergei Petrov, 50, and Georgy Berezina, 49.
Police have detained 6 persons said to be related to the shoot-out, although MK said they were “likely not related directly” to the incident.
A citizen of Ireland who said he worked in the media happened to be strolling by the cafe as gunfire broke out said he saw about 10-15 people on the terrace, and that they began firing guns no less than 20-25 times.
According to witnesses, last night an argument broke out between patrons of Elements and the waiters which escalated into a gunfight. Those killed were dressed in the uniform of a private security firm. REN.TV reported (translation by The Interpreter):

New video footage of mass shooting which broke out this evening in the very center of the capital. Negotiations between two businessmen escalated into a real fight; such a thing has not happened in Moscow for a long time. All this is more reminiscent of clashes between gangsters, especially because according to some reports, militants from one of the most famous thieves-in-law took place in this skirmish. Perhaps that’s why the keepers of the peace [policemen] did not intervere in the conflict, and judging from the footage, observed the entire shooting from the inside of a police car.

Thieves-in-law is the term for gangsters who pledge to adhere to a code of rules in the Russian underworld. In the 1990s, such shoot-outs were pervasive and there were numerous victims of shootings and car bombs. One of the major reasons President Vladimir Putin became popular when he came to power in 2000 was that he put an end to mob violence — although some have argued over the years that this was only because he was connected to a more powerful mob himself.

The recurrence of an incident like this could indicate the effects not only of the war in Ukraine but of the economic crisis.

When Russia joined the Council of Europe in 1996, it undertook to abide by the European Convention on Human Rights and pledged to prosecute cases of atrocities in the Chechen war. Tens of thousands of Russian citizens who could not obtain justice in Russia’s biased-or-non-functioning court system attempted to file cases in the European Court of Human Rights, overwhelming the system. Eventually some cases were selected out and Russian human rights lawyers spent years trying them, sometimes with mixed success. A politicized imprisonment or excessive use of force in Chechnya would be acknowledged and Russia would pledge to pay compensation in the cases — and sometimes did.

Yet the laws and practices that made the cases occur in the first place — and continue to occur — were not changed. Now Russia will dispense with this token compliance with international human rights standards as the Kremlin continues to tighten the screws on civil society with more intimidation of dissent, political imprisonment and even assassination.

A year ago, to the surprise of some, Russia’s Justice Minister Konovalov said Russia would abide by the decision of the ECHR regarding YUKOS, the oil company once owned by businessman and former political prisoner Mikhail Khodorkovsky.

As we reported last year:

But there is some uncertainty about Moscow’s actual payment of the damages, as the compensation procedure is intricate. Under the terms of the original court decision, Russia must work out a compensation plan with the Committee of Ministers of the Council of Europe by June 16, 2015, using the list of Yukos shareholders at the time of the company’s liquidation, which would then not include Khodorkovsky, who had transferred his rights to Leonid Nezvlin. Deputy Russian Justice Minister Georgy Matyushkin said this could take years, as there are 50,000 shareholders.

Now Russia will not even bother with that protracted process.

(Note: The Interpreter is a project of the Institute for Modern Russia which is funded by Pavel Khodorkovsky, the son of Mikhail Khodorkovsky.)

Zenrus.ru is a website we’ve described before. A simple concept: it compares the ruble’s exchange rate against US dollars and Euros to the price of a barrel of Brent crude oil (in dollars), and it places a calming picture of your choice with some new age music to provide some “zen” as Russians may be panicking about their currency which is valued at a historic low.

Earlier today things looked worse than they currently are.

According to Zenrus.ru, the price of Brent is up about $.60, and the ruble’s exchange rate has improved against both the dollar and the Euro.
Those numbers match Bloomberg’s, where the graph below was taken. This shows the value of a dollar in rubles over the last year, so as the graph moves up the ruble is worth less. As we see, the ruble is close to its record low set in September, a crisis which was quickly met by radical changes at Russia’s central bank.
If you compare this to the price of a barrel of Brent crude oil, provided below by Nasdaq, we see that there is a clear relationship. The price of Brent is through the floor, and the trend line looks like that may continue:

Though the numbers look bad, the ruble has indeed recovered a bit today. Bloomberg reports:

Russian assets rebounded as Brent crude ended a seven-day slide and other emerging markets advanced, paring this month’s declines as investors braced for the Federal Reserve to end an era of near-zero interest rates as early as Wednesday. Russia, the world’s biggest energy exporter, is in its deepest recession since 2009 after oil prices sank and U.S. and European Union sanctions shuttered foreign capital markets as punishment for Russia’s role in the Ukraine crisis.

“The nervousness will increase as the Fed decision approaches,” Vladimir Miklashevsky, a strategist at Danske Bank A/S in Helsinki, said in e-mailed comments. “Tomorrow the Fed’s tone after the decision will show whether the ruble has finally hit the bottom or is breaking through it and heading lower.”

Miklashevsky sees the currency weakening to 71.90 in a month’s time.

Western analysts aren’t the only ones watching this phenomenon — the Russian media is covering it closely. Dmitry Peskov, the spokesperson for Russian President Vladimir Putin, called the fluctuations in the currencies value “worrisome,” and said the currency is being watched closely.

Peskov also suggested that there could be action taken by the Kremlin soon. TASS reports:

“Talking about the concrete level, this question should be addressed to the government. This is the concern of the government,” he added.

According to the propaganda outlet RT, Russia may adjust its 2016 budget which planned on oil being $50 a barrel and the exchange rate being 63.3 rubles to a US dollar.

It’s a mistake to blame all of Russia’s currency problems on the oil market. A year ago we analyzed the performance of the ruble against both major news events and the falling price of oil and found that the ruble was forced downward by investor response to Russia’s bad behavior, and only after this did the ruble more closely track the price of oil. Still, there’s no denying that Russia’s money troubles will continue for the foreseeable future unless energy prices rally:

A cruise missile fired during training went off course and landed on a home in Russia’s Arkhangelsk Region, RBC.ru and Interfax.rureported.

There were no reports of injuries, and there was no evidence that the missile could have been fired at Syria, as has been erroneously reported on some social media.

Authorities have not disclosed where the missile was fired from.

Translation: The missile did not reach Syria: a cruise missile fell on a residential building.

Russia’s Defense Ministry said in a statement from its press office reported by Interfaxthat a commission is investigating the reasons for the accident, in which a missile launched “along a western trajectory” fell near the town of Nyonoksa. Representatives of Russia’s defense industry from Mashinostroyeniye [Machine-building] are at the site. 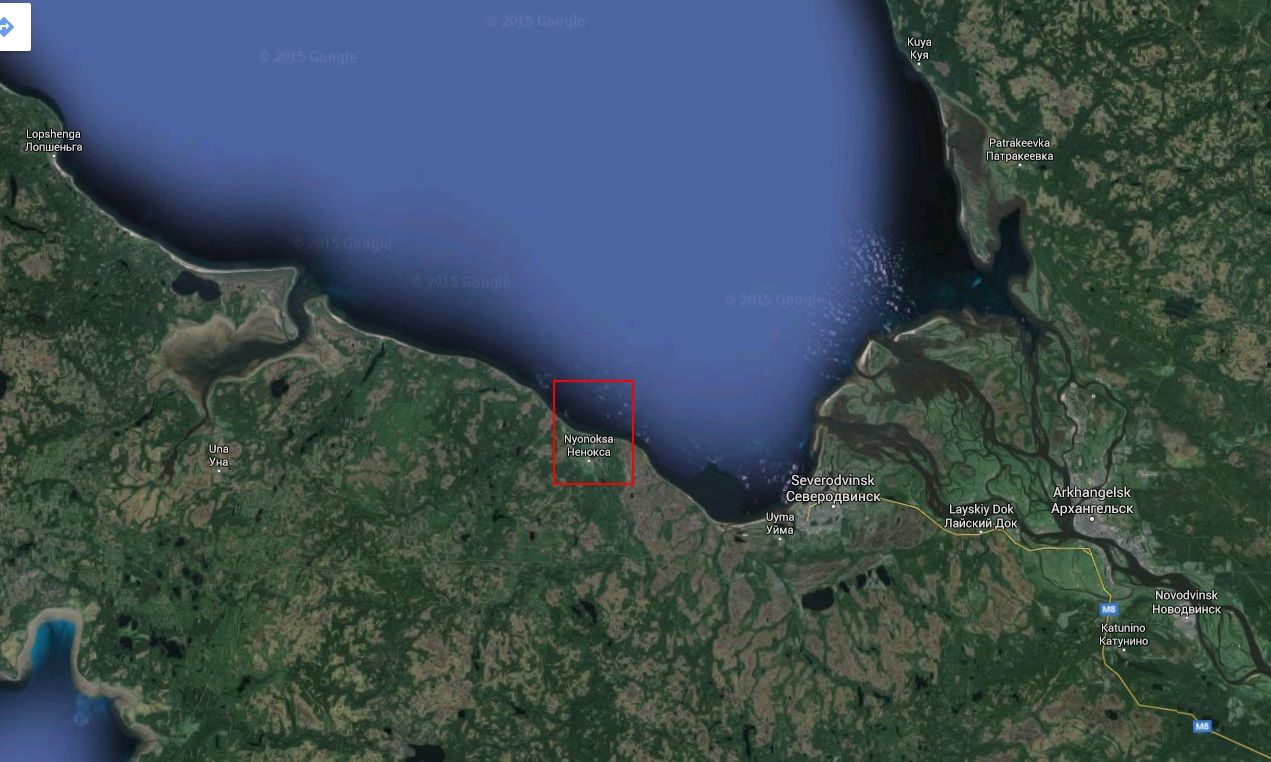 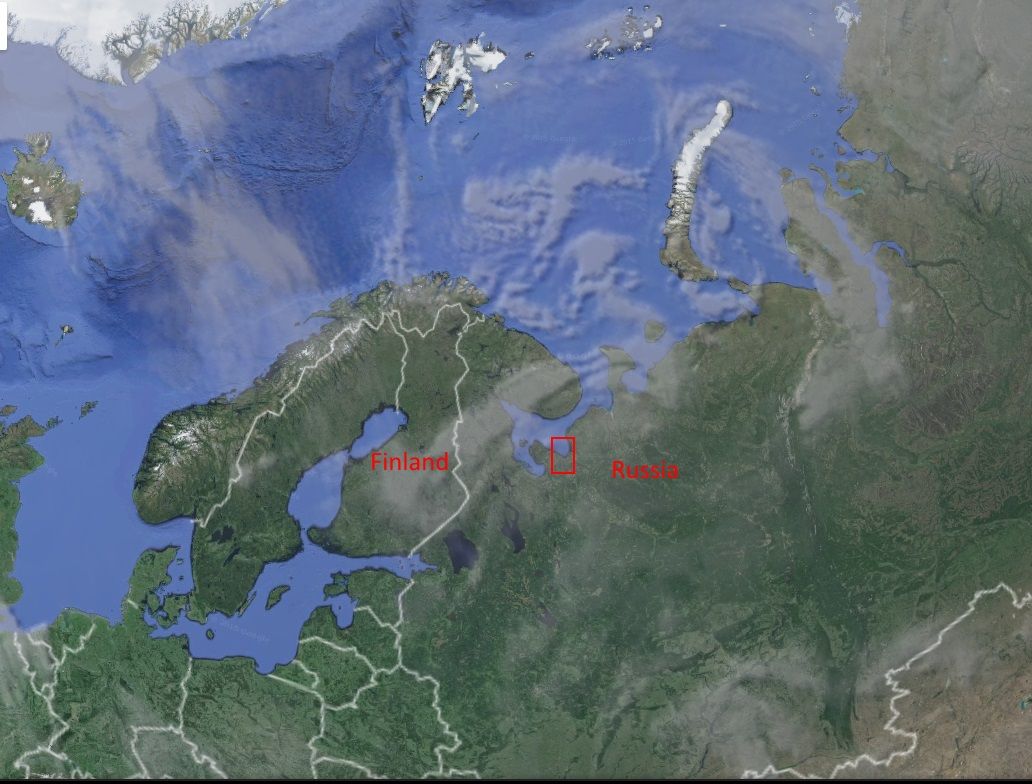 A local news site news29.ru reports that a fire broke out after the missile crashed. There were no reports of casualties. News29.ru published 2 pictures from a VKontakte social media account. 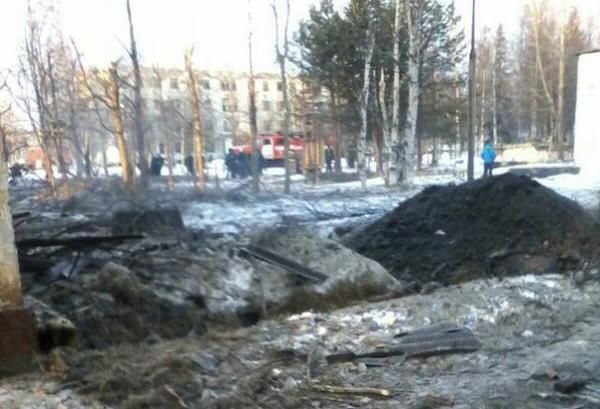 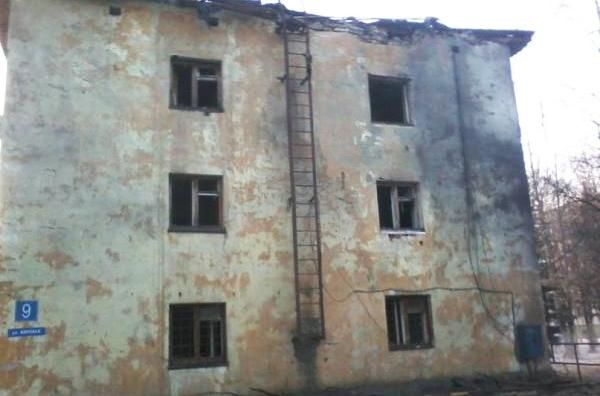 According to News29 (translation by The Interpreter):

According to available information, a fragment of the missile made an unplanned separation and fell on a three-story residential building located at No. 9 Borovaya street, in a military town. Fire broke out in the building, and emergency evacuation of residents was made. According to preliminary information, there were no deaths or injuries.

News29 was unable to confirm this fact at power ministries in the region. The information is based on eye witnesses of the incident.

Additionally, it was learned that a fire on the territory of an installation that belongs to the Russian Defense Ministry did in fact take place. Resources and personnel of the Emergencies Ministries were not involved in liquidation [of the effects of the accident].

The conditions for the fine have been somewhat softened as well. If a driver of an overweight load has crossed the border and is no more than 50 km from the border, the fee is waived; if he commits several violations in one day, they are treated as one and he is punished only for the first one. Also, if he manages to get his fine paid before his case is examined, the case will be dropped.

The payment system had angered drivers not only due to the costs, but because Platon is a private company owned by Putin’s close cronies, the Rotenberg brothers, and the payments were first accruing to the Rotenbergs before being turned over to the state budget.

Truckers in 20 regions of Russia have been staging strikes and convoy demonstrations to protest the heavy fine. Last week, police blocked them from converging on Moscow but they set up camps outside the city.

Putin also raised the minimum wage starting January 1, 2016 to 6,200 rubles, which is 7% more on the average than last year. But because inflation is running at 14.5%, that means in fact wages have fallen 7.5%.

Last year, the State Duma passed a law which froze the indexation of wages of government officials, the military and courts for 2016, but left it to the regions as to whether they would index ages or not.