Mariupol news site 0629.com.ua reports that Yaroslav Cherpurnoy, a press officer for the Ukrainian military operation in the area, has told the site that Russian-backed forces have been shelling Ukrainian positions east of Volnovakha today with heavy artillery.

From 5 am, illegal armed groups from the ‘DNR’ began shelling Ukrainian security forces’ positions outside Mariupol.

As of this time, 4 attacks have been conducted. Three of them in the Starognatovka area, one near Granitnoye. In three of the incidents, 122 mm self-propelled artillery was used, in the other, small arms.

Chepurnoy said that there had been no casualties today but that one soldier was wounded yesterday and hospitalised.

According to the press officer, six attacks were conducted yesterday, three on Starognatovka and three on Shirokino.

Earlier this month, we reported on evidence of Russian forces deployed in Razdolnoye, around 20 kilometres from both Starognatovka and Granitnoye. The area is of considerable strategic importance for any future attack on the Donetsk-Mariupol highway, essential for flanking the port city and mounting an assault.

Earlier today, residents of Granitnoye reported hearing fire from the nearby hills, and the Interior Ministry announced that one civilian had been wounded by shelling in Chermalyk yesterday.

An office of the far-right Svoboda party was torched last night in the city of Kherson.

Leviy Bereg‘s Oleksandr Rudomanov reported that the office was located in a residential building but, thanks to the fire brigade’s actions, no one was hurt and the fire failed to spread to other homes. 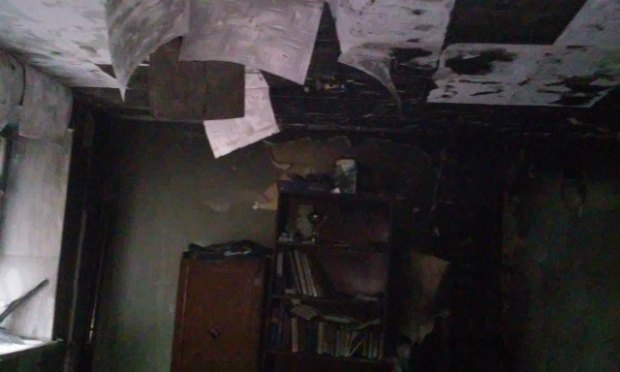 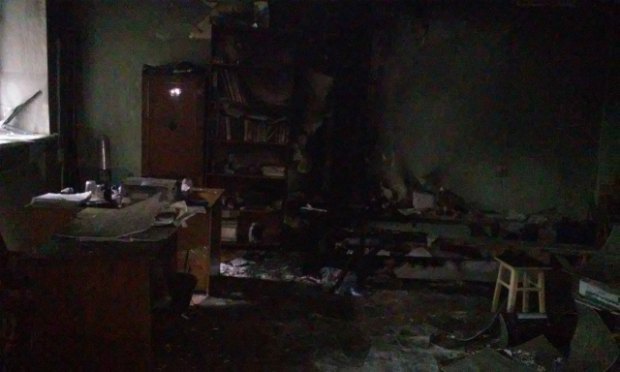 Rudomanov noted that this was the second Svoboda office to be set on fire over the past year.

Ukrainska Pravda reports that the party has claimed that witnesses saw two teenagers circling outside the windows of the office.

Will Russia Increase or Decrease The Price of Ukraine’s Natural Gas?

There are at least three different, and conflicting, headlines emerging from talks held in Russia this morning about the price of natural gas sold to Ukraine.

Russian Prime Minister Dmitry Medvedev has announced that Russia will reduce the price of gas sold to Ukraine according to RFE/RL:

Medvedev said during a meeting with Gazprom head Aleksei Miller and Energy Minister Aleksandr Novakov in Moscow on June 29 that the price for gas will be reduced by $40 because of falling global energy prices.

Reuters is running a different headline, however — that the price reduction would only apply to the second quarter:

“Despite all the difficulties in our current relations with Ukraine, we should within reason make concessions,” Medvedev told Energy Minister Alexander Novak and Gazprom Chief Executive Alexei Miller.

Russia, Ukraine and the European Commission are meeting on June 30 to discuss gas supplies, the day a winter price deal expires.

Bloomberg, on the other hand, has a completely different headline — that Russia is cuttings its discount:

Russia offered Ukraine a new deal on gas prices through September, cutting its discount by 60 percent amid efforts by the indebted former Soviet republic to build stockpiles before the cold season.

The government in Moscow agreed to lower the contract rate by about $40 per 1,000 cubic meters during the third quarter, Russian Prime Minister Dmitry Medvedev said in Moscow on Monday. That leaves the price unchanged against the current quarter at about $247, OAO Gazprom Chief Executive Officer Alexey Miller said. The current $100 discount expires Tuesday.

We’re not 100% sure how to reconcile those various reports, though we think that Bloomberg got it right. Their story has more details and they are more widely cited as a news outlet that covers economics. Also, the current price is $248 per cubic meter, meaning that gas prices are set to increase.

However, this may also be posturing designed to lower expectations ahead of the next round of gas talks in Vienna. If Russia sets its price at lower than $287, they will spin this by saying that this is lower than what they originally wanted to charge.

Many market analysts say that natural gas prices are in the middle of a long-term downward trend.

The Ukrainian finance minister, Natalie Jaresko, is prepared to meet the country’s creditors for negotiations over debt after securing a confidentiality agreement.

Interfax-Ukraine reports that Jaresko has invited the creditors’ committee to work with the government to reach an agreement on a restructuring of Ukraine’s debts.

A statement, posted today on the Ministry of Finance website, reads:

The Ministry of Finance regrets that for the last three months the members of the ad hoc Creditors Committee have consistently refused to enter direct negotiations with Ukraine under standard confidentiality terms. Concerns about the impact of receiving confidential information on their trading activities has been used as an excuse not to meet with the Ukrainian representatives, including Minister Jaresko, to negotiate the terms of a debt operation that meets the three targets in Ukraine’s IMF program.

In addition, and despite previous statements to the contrary, the proposal by the ad hoc Creditors Committee does not meet the three criteria agreed with the IMF. That proposal includes utilizing $8 billion from the international reserves of the National Bank of Ukraine for no consideration. This measure has been strongly rejected by the IMF in their statement of 12 June 2015.

Earlier today, UNIAN reported that Jaresko had said that a possible “technical default” on the Ukrainian national debt would not have any adverse effect on local banks and Ukrainian citizens’ accounts.

Jaresko said that Ukraine might also suspend payments as a temporary solution in order to protect the Ukrainian economy.

“Yes, this is equivalent to a technical default. One shouldn’t be afraid of this word. It won’t affect our banking system in any way. Because our banks do not record this external debt on their balance sheets. It means it doesn’t influence their ability to pay. It has no impact on deposits of our citizens. Neither has it any impact on the currency, our hryvnia,” she said.

Should such a decision be made, the population doesn’t have to get into a panic about this, the same way as they stayed calm in 2000.

“This is a technical default. People should not be afraid that all our crediting programs are about to end. That’s not the case. The IMF demonstrates public support that they are aware that a No. 1 goal is to finance our country. We can achieve it by either proper restructuring or perhaps temporary suspension of payments, to be followed by restructuring,” the minister said.

As UNIAN reported earlier, the Ukrainian government is seeking opportunities to reach a deal to cut the country’s debt burden and boost economic growth, but could place a moratorium on foreign debt payments until acceptable restructuring conditions are agreed with creditors.

Ukrainska Pravda reports that Andriy Lysenko, spokesman for the Presidential Administration on the military operation in the south-east, has told reporters at a briefing this afternoon that five Ukrainian soldiers have been wounded over the last 24 hours.

The Ukrainian military claimed this morning that Russian-backed forces conducted around 70 attacks between 18:00 and midnight last night, bringing the total number of attacks over the last 24 hours to 101.

The ATO Press Centre report claims that Krasnogorovka and Marinka, to the west of Donetsk, as well as Avdeyevka, Opytnoye and the Butovka mine, to the north, had been shelled by 82 and 120 mm mortars and tanks.

Novosti Donbassa reports that the Donetsk regional branch of the Interior Ministry (MVD) announced today that a 29-year-old resident of Avdeyevka had received shrapnel wounds to their legs.

The separatist-backed head of the Kuybyshevsky district administration, Ivan Prikhodko, told DAN that a house had burnt down after a direct strike on 19 Gadzhibekov street in the Oktyabrsky neighbourhood, on the front line near Peski.

In the south-west of the city, the Aleksandrovka suburb, which lies just south-east of Ukrainian-held Marinka, was shelled, DAN claims, damaging residential areas.

To the north-east of Donetsk, DAN reported that four residential buildings had been destroyed in the Yasinovatskaya district. According to a separatist administrator, Ukrainian forces shelled Vesyoloye, Spartak and Krasny Partizan over the night.

Krasny Partizan was captured at the beginning of this year and the area has been the scene of renewed fighting, with Ukraine reporting yesterday that Verkhnotoretskoye, just two kilometres to the north, had been shelled with 120 mm mortars.

The report claims that a group of around 35 Russian-backed fighters had engaged Ukrainian forces near Novotoshkovskoye in the evening but, taking losses, had withdrawn.

In the south of the Donetsk region, Russian-backed forces conducted 6 attacks with 120 mm mortars, grenade launchers and small arms near Mariupol.

The MVD reported that, at around 21:00, a 65-year-old civilian had been wounded during a mortar attack on the village of Chermalyk, around 30 kilometres north-west of Mariupol.

According to the report, the pensioner was in their garden when a shell exploded, leaving them with shrapnel wounds to their chest and legs.

A post on a VKontakte group for residents of Granitnoye, around 15 kilometres north of Chermalyk, described gunfire being heard from the hills outside the village yesterday,

The Press Centre reported that observers from the Joint Centre for Control and Coordination (JCCC), a group of Russian and Ukrainian military representatives established to monitor and assist the implementation of the ceasefire, were forced to leave their post in Berdyanskoye, just west of Shirokino, on June 26.

The Ukrainian military claims that the JCCC post was shelled and destroyed by Russian-backed fighters.