The emails leaked by Anonymous International last year give us a few insights into the workings of the English-language, pro-Putin propaganda website Russia Insider.

Its editor Charles Bausman launched the website in September 2014, and described the rationale behind the website as follows:

The problem is media control by a few corporations and interest groups, and their close ties with governments and business interests.

Instead of challenging, questioning, and fostering open discussion, they tend to promote those interests.

Ironically, this is what Russia Insider itself has been doing since its launch, namely publishing and re-publishing pieces of Russia’s disinformation warfare against the West and Ukraine.

The leaks reveal that Bausman, rather than relying on crowdfunding for Russia Insider, asks for money from Russian oligarch Konstantin Malofeev via his associate Alexey Komov.

There were several interesting articles devoted to Malofeev in the international and Russian media. In the context of this blog, Malofeev is known for providing financial assistance to the pro-Russian extremists in Eastern Ukraine (for this very reason Malofeev was sanctioned by the EU, Norway and Switzerland), organising homophobic conferences in Russia, assisting French far right politicians in getting Russian money, and building European far right alliances.

Komov is a no less interesting figure. He is an employee of several organisations founded and funded by Malofeev, as well as a representative of the homophobic World Congress of Families in Russia. He is also an honorary president of the Lombardy-Russia Cultural Association, Russia’s front organisation in Italy established by the far right Lega Nord party. Komov even gave speech at the party’s congress at the end of 2013 that elected Matteo Salvini as its leader. 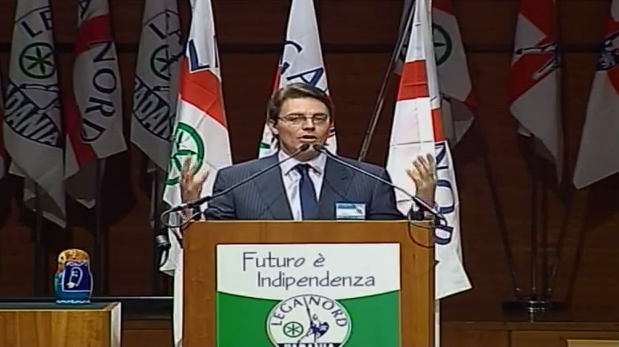 And here’s a series of communications between Russia Insider‘s Bausman, Komov and Malofeev:

Here’s the text version of the communications:

Charles Bausman to Alexey Komov (2 October 2014):
Alexey, take a look at our stats, – click the button in the footer. They are very, very strong. I still need money!! Any chance of resuming the conversation?

Alexey Komov to Konstantin Malofeev (2 October 2014):
Charlie, however, has created a good website – http://russia-insider.com/en – a high-quality, pro-Russian and popular one. He wants to cooperate…

Charles Bausman to Alexey Komov (18 October 2014):
This has links in to my TV appearances. I’ve been on 4 times now. Any reaction from K?

In his last email, Bausman also sent to Komov his CV that gives us a few interesting details. 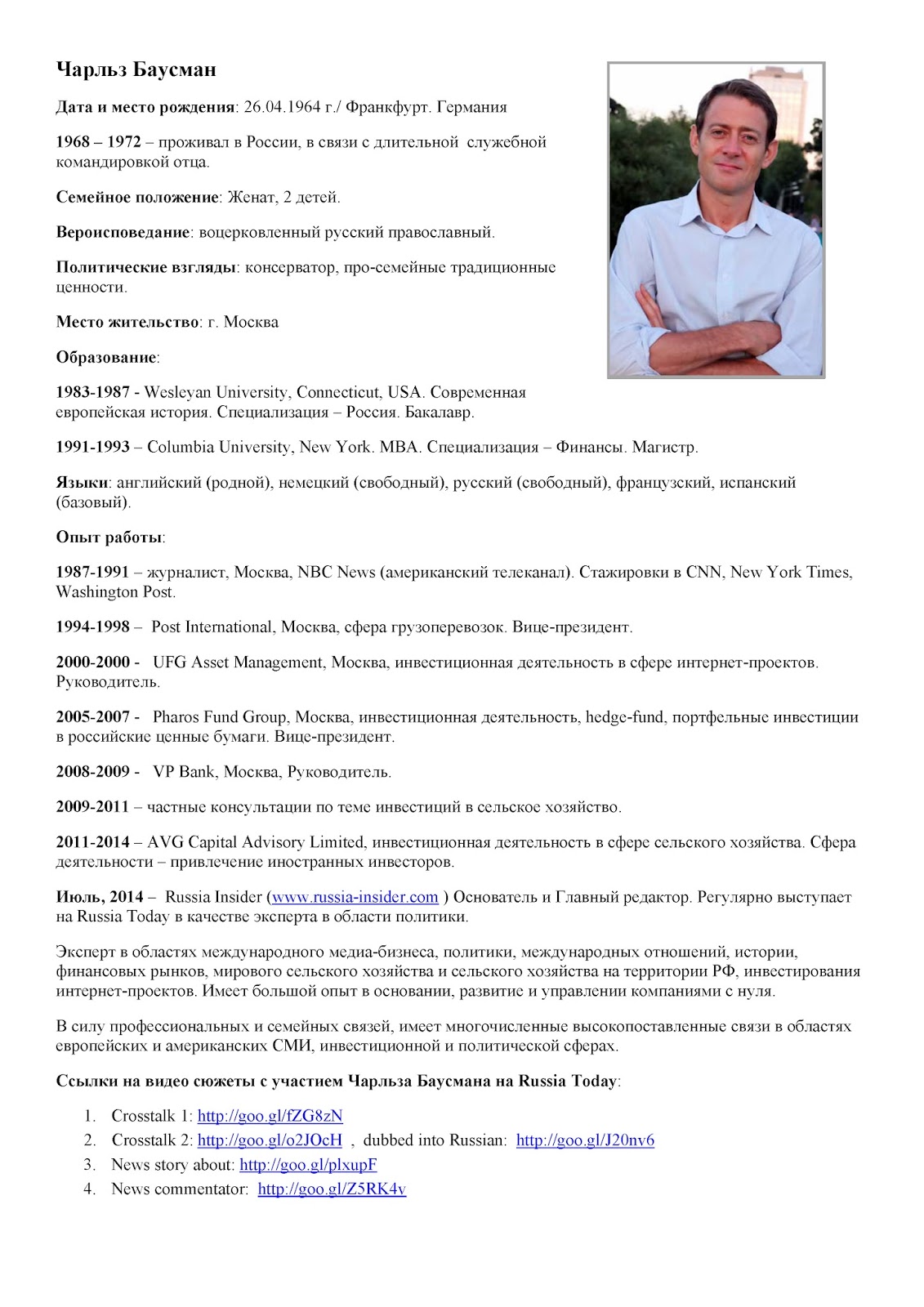 It is interesting to note that Bausman was born in West Germany (Frankfurt) in 1964, but then lived in Soviet Russia, “due to father’s long-term assignment” there in 1968-1972 (one wonders what that assignment was). According to his CV, Bausman was educated in the US, but has been living in Moscow since the late 1980s. He also states that “in virtue of of professional and family connections”, he has “multiple high-ranking connections to the European and American media”, as well as “investment and political spheres”.

What is not clear is whether Bausman has eventually received any financial help from Malofeev (the leaked mailbox belongs to a fourth party), but his willingness to “cooperate” with a Russian oligarch who is close to the Kremlin and has been providing funding for the war in Eastern Ukraine is quite revealing.

Gaddafi Strategy Presentation
Appendix 2 – Facebook operation
From Exile to Dirtbag: Edgelord Geopolitics and the Rise of “National Bolshevism” in the US
Boston’s ‘Free Speech’ Rally Proved That No One Is Listening
Ukraine Suffers Worst Casualties, Both Military And Civilian, Since Start Of Month
Ukraine Reports One Soldier Killed, Four Wounded