Vienna, Austria – Graham Phillips, a controversial British reporter for the Kremlin’s disinformation service Ruptly and the Russian Defense Ministry’s TV Zvezda has interviewed Austrian right-wing politician Ewald Stadler, who is one of the “observers” at “elections” in the Donbass.

According to Stadler, “there is no pressure to the people. Soldiers and
people with guns are outside, not inside. Everybody can vote here free”.

OK, so Stadler does not see a man in military fatigues standing behind him.

So let’s help Stadler see something else, shall we? 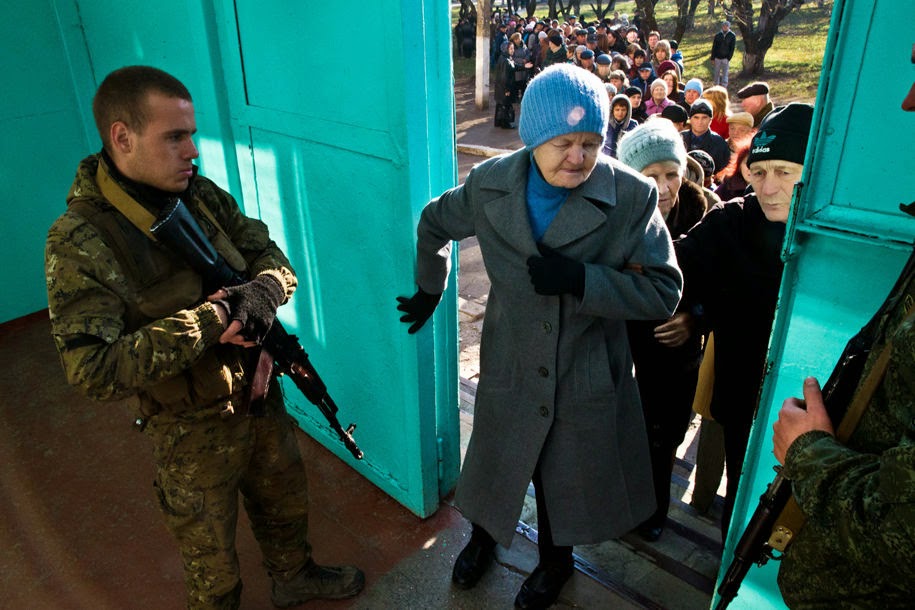 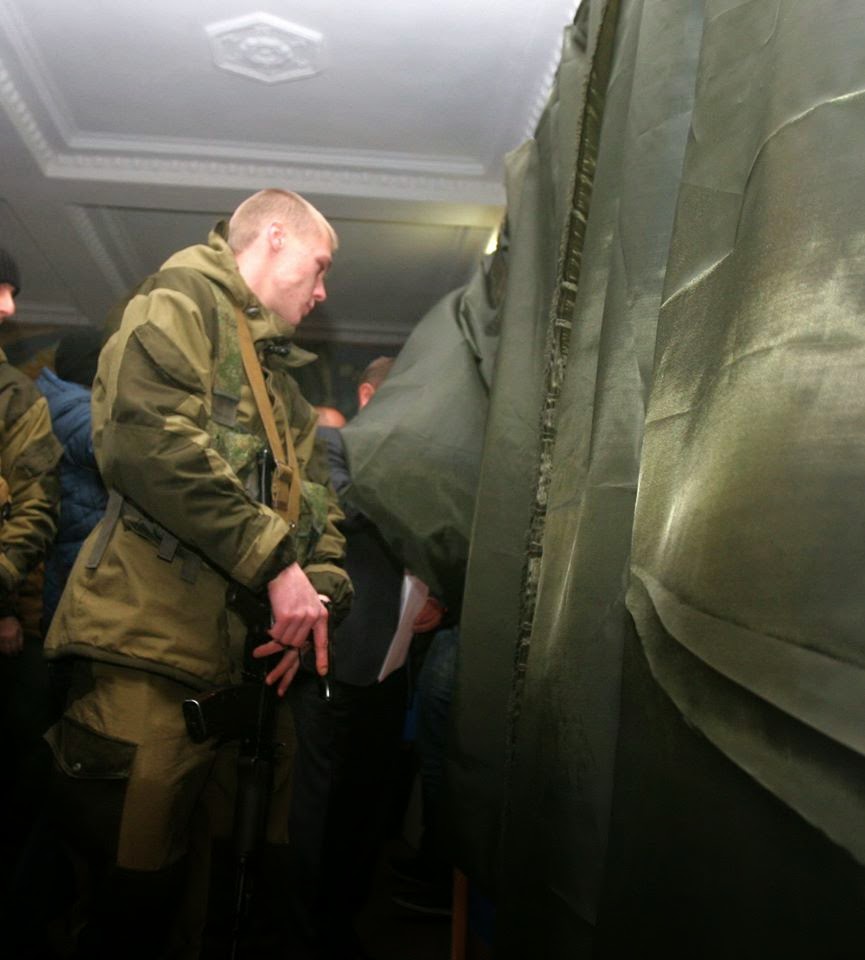 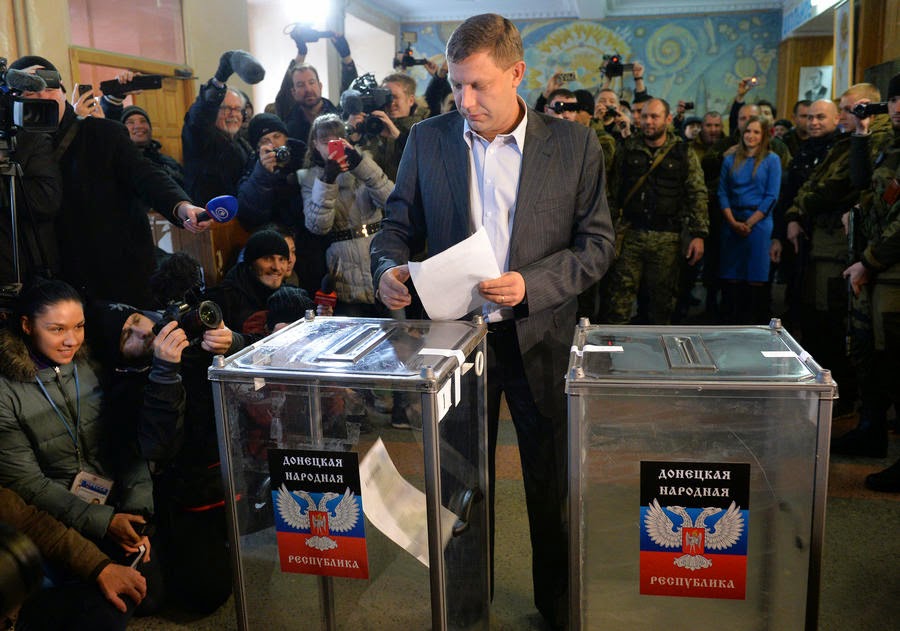 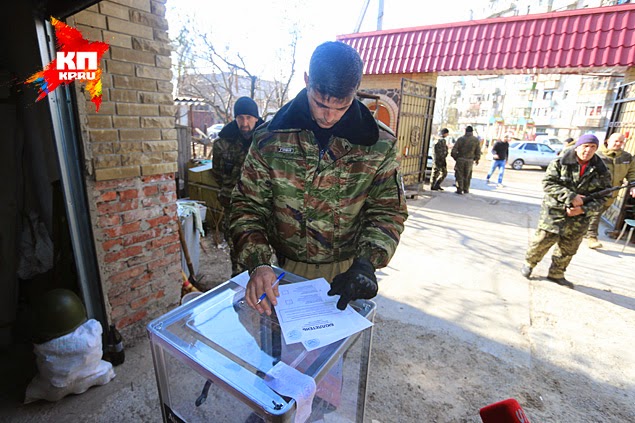 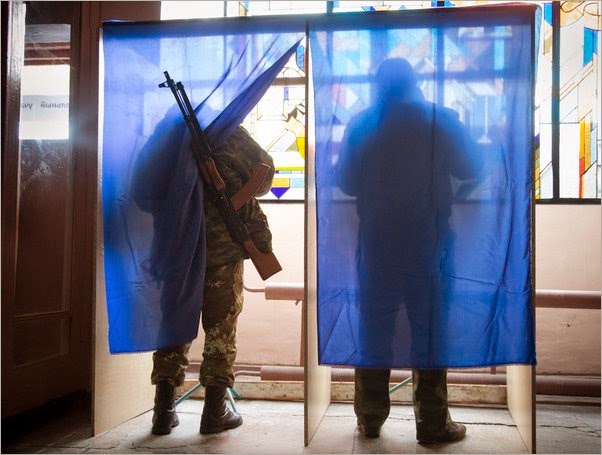 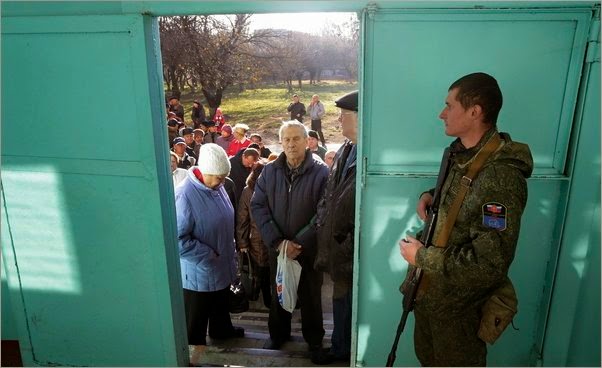 And here is a good example of what armed men are doing in order to
provide safety for the “voters” and ensure the fairness of the
“elections”: