With the publication of The Interpreter‘s report – An Invasion By Any Other Name: The Kremlin’s Dirty War in Ukraine – today, we present an example of how five tanks that could only have come from Russia can be identified in one small area south of Ilovaisk.

At the end of August last year, Ukrainian troops broke out of their encirclement and attempted to push south to make it to Ukrainian-held Komosmolskoye. By now, Russian regular forces had entered the war and were attacking the evacuating troops.

While the landscape south of Ilovaisk is littered with burnt-out Ukrainian vehicles, we can identify at least five modernised Russian T-72 tanks in video footage and photographs taken following the battle.

Here is a map of the locations of these sightings:

Modernised T-72s Documented Near Starobeshevo After The Battle For Ilovaisk

At least five wrecked or abandoned T-72B3 or BA tanks, neither of which have seen service outside the Russian Federation, have been documented at three different sites near Starobeshevo, including Novokaterinovka, where Ukrainian troops engaged them as they attempted to break out of Ilovaisk at the end of August last year.

The most well-known of these wrecks were documented by Maria Tsvetkova and Aleksandar Vasovic for Reuters in October last year: 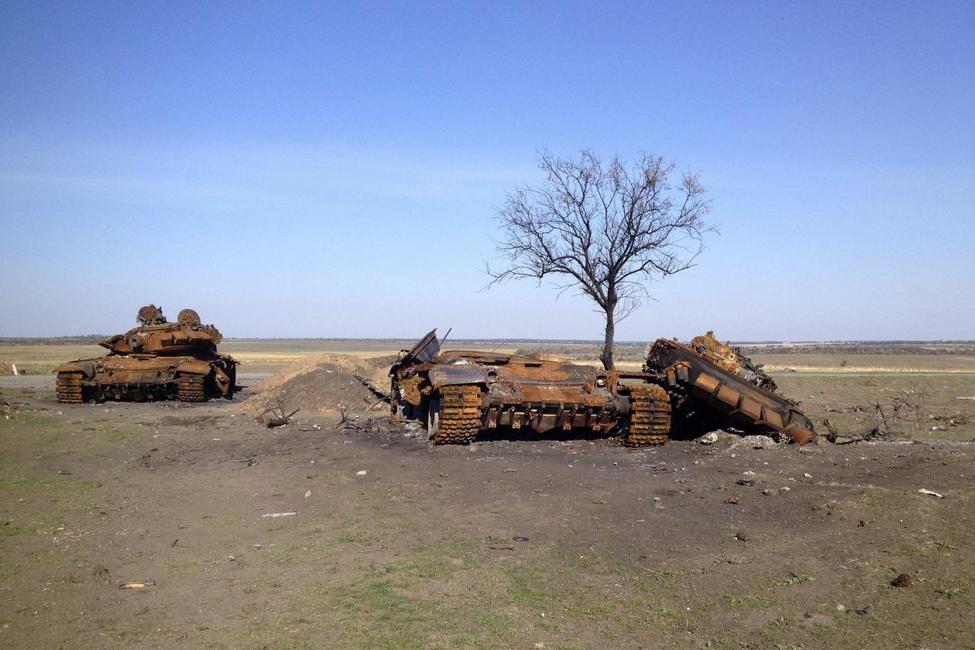 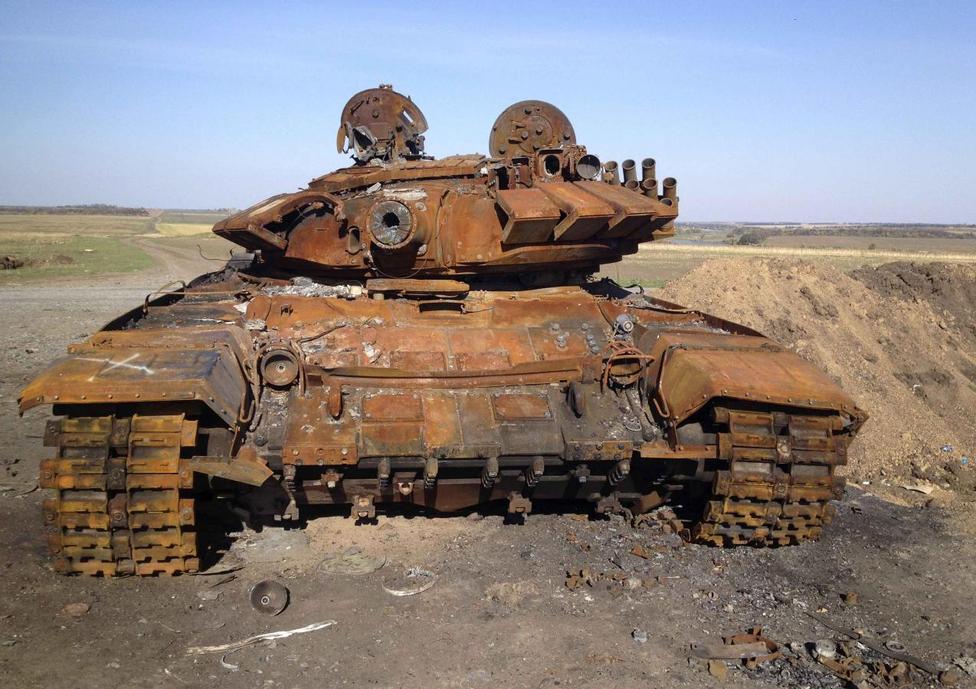 Judging from the distinctive Kontakt-5 explosive reactive armour (ERA) wedges around the turret, the sights and the track configuration, we can identify these as T-72BA tanks. This model has never been exported to Ukraine.

ANNA News, a fervently pro-Kremlin propaganda channel, visited the same site, in the fields south-east of the village of Gorbatenko, in September, 2014.

While the video has been tagged as “destroyed armoured vehicles of the Ukrainian army,” the footage clearly shows the same T-72BAs:

Ukrainian troops told Obozrevatel that they had captured five Russian soldiers while fighting to push south through the village of Chervonoselskoye, along with tank.

The tank, which they could not take with them as it had broken down, bore the white, circular markings used by the Russian army during their summer offensive last year.

The tank can be identified as a T-72B3 as it carries the prominent Sosna-U thermal imaging system on the turret:

As the Ukrainian soldier says in the video, another Russian T-72, again bearing the Kontakt-5 ERA unique to the modernised variants that have not been exported to Ukraine, was destroyed in the battle.

At around 2:17 into the footage, we can see the remains of another T-72B3, with an exposed socket indicating where the Sosna-U sight had been connected.

Signs seen in the video indicate that it was filmed near Starobeshevo, and one shot can be matched against Google Earth images of bends in the river Kalmius, just north-west of Novokaterinovka: